Our country's healthcare system is in crisis!

Private health plans currently operate in a world of numerous middlemen standing between your doctor and you.  Most people, however, are unaware of the extent to which this country's healthcare system involves subcontractors by employers, HMOs, and others.  The flowchart below is intended to give a broad overview of the various players in our private healthcare system.

Medical treatment is an inalienable, human right:  No person should make a profit from the suffering of another.  Minnesota took a big step in making that true by requiring that HMOs and health insurers be non-profit organizations.  It needs to be recognized that the other middlemen in the system also profit from the provision of medical care.

Our system isn’t the result of planning.  It’s the result of grafting together various parts from here and there, much like Frankenstein the monster.  Providing medical care is a crucial function of a community, and it should be done in a well-organized way, not haphazardly, providing high quality while also controlling costs.

Despite spending far more than our peer nations, the quality of our country's healthcare is worse than all of them.  According to a Word Health Organization study, we rank 37th in the world in quality, behind Costa Rica, who ranks 36.  We do not have the best healthcare system, but we could and should. 4. Employers/Unions. Employer-based health plans grew from WW2 on, with 2/3’s of Americans covered by these plans by the mid-60s. That rate has held until the past few years, and is now at about 60% covered by employer plans.

7. Insurer. The insurer is the entity that is the risk underwriter, the typical insurance company role. HMOs play the role of “insurer” in the way a traditional insurance company does. Sometimes employers or unions are the “insurer” of a health plan, by “self-insuring” (or “self-funding”) their health plans by underwriting the risk for their employer health plans. Essentially, the employer is both employer & insurance company. But ERISA (from #1 above) declares that these plans can’t be regulated by states, only federally—that they’re not “insurance.” The existence of these self-insured plans prevents major health plan reform at the state level since the states can’t regulate them in any way, and the federal government essentially doesn’t. About 40% of Americans (and Minnesotans) are currently covered by self-insured plans.

8. Reinsurance. HMOs and traditional insurance cos. are required to—& most self-insurers do—buy coverage from reinsurance companies, which reimburse them for very high cost claim expenses, either costs for an individual patient, or the company health plan costs in whole. Reinsurance is insurance for health insurers.

10. Managed Care Administrator. Sub-contractors that operate like TPAs, but for administering the managed care oversight and review functions of insurers.

11. Carve-outs. When an insurer separates (“carves”) out the operations within their plan for very specific, unique types of care, e.g. Rx, vision, to specialist sub-contractors.

12. Provider. You see a provider. He or she will deal with a 3rd-party for claims payments and possibly with another (or the same) 3rd-party for managed care issues.

A viable and much-needed alternative!

The healthcare system we Americans should support, shown below, has many advantages compared to our current process.  Cost-control in this new system comes from using the “Medicare for All” approach, financing medical costs, as Medicare does, from public funding.  This “single-payer” mechanism replaces the thousands of payers in Minnesota only currently—HMOs, insurance companies, employers, and individuals—with one statewide payer.  This eliminates the hundreds of insurance companies and other middlemen doctors must deal with currently.  This system uses the basic market principle of “economies of scale,” eliminating unneeded levels of bureaucracy.

The new healthcare system starts with you.  You would pay a progressive state tax that will be, for most Americans, less than the total you pay now in premiums, co-pays, deductibles, and non-covered care.  You go see a doctor.  The doctor sends the bill to, and is paid by, the state payer.  That’s it.  Three parties.

Cost Savings:  Of 28 industrial democracies, the USA is the only one not using some version of universal/single-payer health care.  We spend more than twice as much per person annually on health care than these peer nations—except for Switzerland, which spends only 60% of what we spend.

Administrative costs for Medicare are 2%; for HMOs between 15-35%.  Higher administrative costs means less dollars available for medical treatment.  This new system brings lower costs, more resources devoted to treating patients, reduced paperwork, and covers everyone, equally.  If single-payer works for Medicare, it can work for all.

The current healthcare system—A Failure! The new system—Proven to Work! 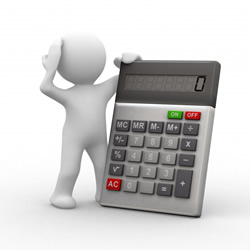