It is conveniently close to home, with over 20 daily direct flights to three international airports, it's close to the U.S. and Canada, (less than three hours from Miami or Houston).  From North America, Air Canada, American Airlines, Continental, Delta, Frontier, Grupo Taca, Mexicana, Spirit Air, and US Airways all have regular direct flights to Costa Rica.

Costa Rica has one of the top five climates in the world, according to National Geographic.  Our patients can expect excellent weather from the Central Valley (San Jose area) and its cool, lush mountain forests to the beautiful unspoiled beaches of both Caribbean and Pacific Oceans.  San Jose, the capital city, is home to three Joint Commission International accredited hospitals and is considered to have one of the best climates in the world.

Costa Rica's universal healthcare system is the best in Latin America and is considered among the best in the world.  The World Health Organization praises Costa Rica for its exceptional health care system and has ranked it better than the U.S., despite spending 87 % less on health care per capita.  It gets these great health care marks despite providing free care to 86.8 percent of the population.  Additionally, many doctors and medical staff speak English and have received training in Europe, Canada, or the U.S.

Costa Rica is home to the most stable democracy in Latin America.  No other country in Latin America has the peaceful history and democratic stability of Costa Rica. President Oscar Arias won the Nobel Peace Prize in 1987 for his efforts to bring the peacefulness of Costa Rica to other countries in Central America.  His protégé and current Costa Rica president, Laura Chinchilla, is following in his footsteps and continuing his infrastructure with socio-economic stimulus programs and adding a touch of her own.

Costa Rica abolished their National Army in 1949 and decided to, instead, redirect public resources to health care, education and infrastructural improvements to benefit the people.  Costa Rica prides itself on being the “"Land of Peace"” as they have had over 100 years of political stability.

All the Comforts of Home...

The centrally located capital city of San Jose has over 1.5 million people, is a first- class city in every respect and boasts modern shopping malls, entertainment and world-class hospitals.  Reliable high-speed internet is available nearly everywhere.

There's a built-in community of English-speaking locals and expats; some accounts say that more than 21,000 U.S. retirees currently live in Costa Rica.  Costa Rica's Central Valley is where most foreign retirees settle.  This is because of the climate and proximity to the modern amenities of San Jose, with mega shopping malls and exceptional medical care.

99% of its energy comes from renewable sources; Costa Rica is energy independent.

Adult literacy is nearly 100%, as education is very important in Costa Rica.  In fact, 27% of the national budget is spent on education.  Costa Rican people are well-educated and well-informed.  There are four large public universities which have become major universities in Central America (Many international companies have established international offices, factories, and call centers here for this reason, contributing to a strong and stable economy).  The high level of education supplies competent customer service for our patients.

According to the Happy Planet Index, an independent think tank founded to study environmental impact and human well-being, sociologists say Costa Ricans are the happiest people on the planet.  It is stated, “Costa Ricans report the highest life satisfaction in the world."  Happy people are more fun to interact with and happy Costa Ricans provide the best customer service in the world.  Our patients rave about the quality of service, attention to detail, and how genuinely happy the the people of Costa Rica are to serve them.

Costa Rica's Nicoya Peninsula is one of the world's “Blue Zones,” where scientists have studied and proven that locals have the longest life expectancy of anyone in the world.  People on the Nicoya Peninsula are expected to have productive lives well into their 90's.  Arguably, one reason for this is the slower pace of living and the warm, welcoming climate.  Costa Ricans eat healthy, fresh foods, without preservatives and chemicals in them.  Costa Rica is both a healthy place to live and a wonderful place for patients to recuperate.

Costa Rica is in the Central Time Zone (GMT- 6)

Costa Rica is the number one tourist destination in Latin America.  Tourism brings in more than $2 billion every year in a country the size of West Virginia.

Costa Rica's ecosystem contains five percent of the world's biodiversity.  Although it is a very small country, the biodiversity is much greater than that of Europe or North America.  This is due to a number of factors, one of which is the country's location between North and South America, which enables plants and animals from both continents and the Caribbean islands to establish themselves there.

Costa Rica has some of the most beautiful beaches in the world with more than 1,000 miles of coastline.

Costa Rica has attracted the highest level of foreign direct investment per capita in Latin America.

Costa Rica is home to many multi-national companies.

It is home to one of the lowest poverty indexes in the world, which means Costa Rica has a high standard of living.  Costa Rica enjoys Central America's highest standard of living and a lowest unemployment rate (7.3%, which is lower than U.S. unemployment, especially when you consider that there is no entitlement programs that take capable people out of the stats, as they have stopped looking for work).

According to NASA, Costa Rica has the healthiest climate in the world.  The country's location, north of the Equator and south of the Tropic of Cancer, is a big factor in the winning of the top spot.  Temperatures in this region show very little fluctuation, which, for most of us, translates to "no cold and flu season."  Of course, all Central American countries, like Nicaragua, Honduras and Guatemala, fall into this same tropical region.  So what makes Costa Rica stand out?  The answer is it's micro-climates.  For a country no bigger than West Virginia, Costa Rica has a diversity that can't be beat.  The Cordillera Central, the chain of mountains that divides the country east from west, also separates the weather patterns.  If you prefer a warmer, more humid climate, you'll love the Caribbean coast.  If you like it warm and dry, like Arizona, you'll thrive in the Pacific Northwest.  In the mountains themselves you'll find cooler temperatures and pine trees (which is something not usually associated with tropical climates).

Guanacaste, in the Pacific Northwest, has only two seasons: the rainy (May - Nov.) and the dry (Dec. - April).  In this region, visions of never ending rain during the wet season are often exaggerated.  The sun shines almost every morning, even in the rainy season.  The average temperature is 80.8°F and the annual rainfall is 59-79 inches (most of which falls in September and October).  This is the area where the city folk of San Jose like to spend their vacations.  The many small beaches that dot the coast line each have their own type of sand and surf, which means there is something for everyone.  Popular vacation spots in this area are Flamingo and Potrero for swimming, sailing and fishing, Tamarindo and Playa Grande for surfing, and Jaco, which is the closest beach to the capital city.

San Jose, the capital of Costa Rica, is in the Central Valley, a plateau in the mountains, where temperatures rarely fall below 68 degrees or rise above 85.  Other areas in the mountains, like Arenal and Monte Verde, have more rainfall and are home to many of the dairy farms of the country, due to the lush grass that coats the countryside.  The volcanic activity of these mountains has also created other benefits, such as the many hot springs with mineral baths in the area.

On the Caribbean side, you'll find white, sandy beaches with crisp, clear blue water. You'll also find the most rain in this area, but again, the temperatures remain pleasant, remaining in the 80's on average.  The diversity of wildlife near Limon, Puerto Viejo and Cahuita is the major attraction for tourists, with surfing and fishing is not far behind.  This all adds up to the fact that our patients can choose the climate they prefer to vacation or recuperate in. 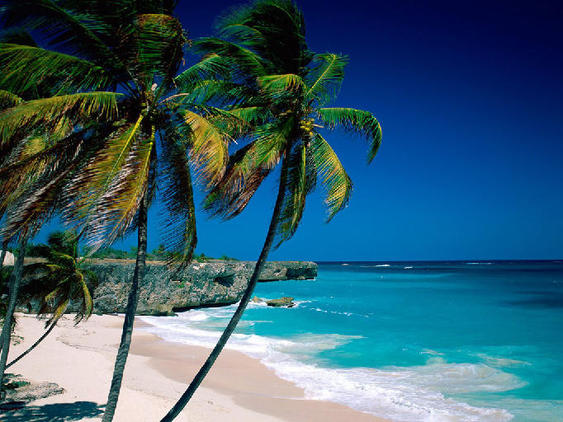